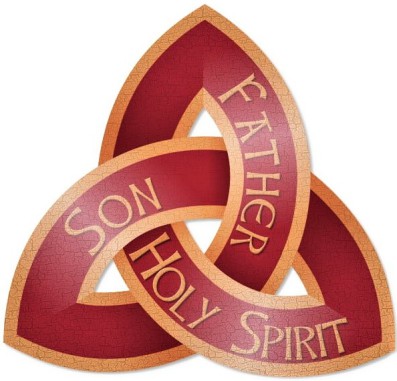 I wonder how you are finding things with the easing of Coronavirus restrictions?  We certainly have considerably more freedom, but to what extent are we choosing to exercise that freedom, and to what extent have we acclimatised with the restrictions we have had to comply with for such a long period of time?

Many restrictions of course remain in place including social distancing in most places.  While I would not describe myself as a tactile person, I certainly still lament not being able to touch people at appropriate times.  Sometimes words are simply inadequate and a ‘hug’ is the only response.  Likewise there is no replacement for a shake of the hand…

As difficult as physical separation can be, it does not compare with the other divisions we encounter in the world and in our lives.  We have recently yet again witnessed the horror of the division which exists in Israel, and the consequences of expressing that division.  Human nature being what it is, all of us are never going to agree on everything, and taken to its extreme this creates bitter division.

In any context, division is an unhealthy state of affairs, the opposite of which is of course unity.  As for ‘unity’ the Psalmist sings praise:

Behold, how good and pleasant it is

Unity produces strength and resilience, the power of which is recognised in the maxim applied in the  politics of conquest of ‘divide and rule’.

Unity is therefore the ideal to which we aspire.  In this Province we are blessed with the Unity Royal Arch Chapter, such an appropriate name for a Degree in which the merits and importance of unity are aptly demonstrated in so many ways with its beautiful ritual.

Given that in this life we cannot live in perfect unity, differences are very important and healthy, because not one of us can be ‘right’ all of the time!    Each one of us holds a set of beliefs which are entirely personal, unique to us, and within the bounds of general acceptance, who has the right to deny a genuinely held, legitimate belief?  We may not agree, but likewise we cannot deny the right to hold a view different to ours.

Writing in the New Testament St Paul has much to say on the important distinction between divisions and differences, writing in an age when there were so many divisions let alone differences.  In his First Letter to the Christians of Corinth, not surprisingly he encourages them to aspire to the ideal:

But Paul is very much a man of the world, a realist, he lives in a broken world and therefore in his Letter to the Ephesians encourages them:

“I therefore, a prisoner for the Lord, beg you to lead a life worthy of the calling to which you have been called,  with all lowliness and meekness, with patience, forbearing one another in love, eager to maintain the unity of the Spirit in the bond of peace.” (4. 1-3).

Of necessity if we are to achieve any degree of unity in anything it requires of us lowliness, meekness, patience, forbearing and love.  Without these qualities every difference has the potential to become a destructive division.  The great beauty of unity is that it does not require everyone to be of the same mind, but rather to allow differences to co-exist, without their growing in to divisions which destroy unity.

Today the Church celebrates the last of the great feasts kept by reference to Easter Day, the Feast of the Trinity, or to make the point, the Feast of the Holy and Undivided Trinity.  A feast which celebrates the unity of God in the three Persons of the Trinity – Father, Son and Holy Spirit.  A belief required of all mainstream Christians of whatever denomination.  The Doctrine of the Trinity can be very complex and ultimately a mystery, and suffice it to say that within the doctrine there are a number of different understandings, some of which are accepted as orthodox and many as heretical.  There are bounds where differences become divisions, but there are many differences within the tolerance of orthodoxy.

It is in God alone that we encounter true and perfect unity, but it is a state of being that we are encouraged to do our utmost to attain.  Sometimes easier said than done, and yet the life of each and everyone of us will be so much more beautiful the fewer divisions we encounter on our way.

This beautiful hymn was originally composed in Italian in the fifteenth century by Bianco da Siena and while a number of his hymns have survived we know surprisingly little about him.  The hymn was translated in the late nineteenth century by the Rev. Richard Frederick Littledale who was particularly concerned about the Church’s ability to encourage society at large to live a better life.  It speaks of the wonderful things we can achieve when we attain unity with God and bear with others’ differences.

Seek thou this soul of mine,

And visit it with thine own ardour glowing;

Within my heart appear,

And kindle it, Thy holy flame bestowing.

To dust and ashes in its heat consuming;

And let thy glorious light

Shine ever on my sight,

And clothe me round, the while my path illuming.

Mine outward vesture be,

And lowliness become mine inner clothing;

Which takes the humbler part,

and o’er its own shortcomings weeps with loathing.

And so the yearning strong,

With which the soul will long,

Shall far outpass the power of human telling;

For none can guess its grace,

Till they become the place

O God of peace, Most High: send thy grace and heavenly blessing upon all people who are striving to draw nearer to thee and to each other in the bond of peace.  Give us penitence for our divisions, wisdom to know thy truth, courage to do thy will, love which will break down the barriers of pride and prejudice, and an unswerving loyalty to thy holy name; that together we may seek thy glory and the advancement of thy kingdom.  Amen.