What a Magnificent Five 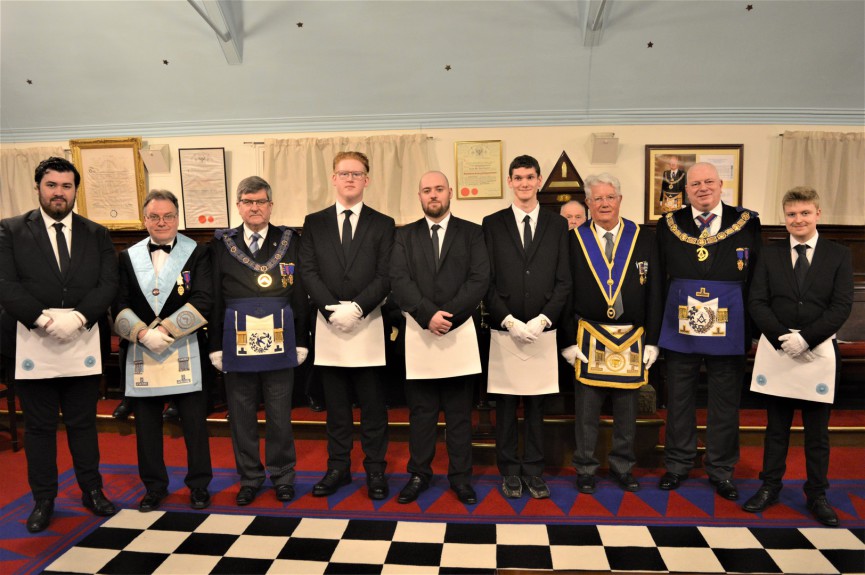 The Saint Padarn University Scheme Lodge played host to a Province wide, and beyond, display of all things masonic.

The afternoon started with the Mackworth Club led by three extremely well-polished Past Masters from Cambrian Lodge No 464 taking the chair and delivering first class ritual and nuggets from Solomon. They conducted a double Fellow-craft Degree with aplomb.

The Director of Ceremonies was extremely grateful to all visiting brethren, who not only came to support this one-of-a-kind event but assisted in delivering such a full-on day. Making a great success for Sant Padarn Lodge, the Province, and most importantly the five candidates who were passed and initiated.

During the proceedings our Provincial Grand Master R.W. Bro James Ross accompanied by the Deputy Provincial Grand Master W. Bro. Ryland James and a deputation of Grand Officers and Provincial Grand Officers processed into the temple. Then during the ceremonies, we had a Master Mason from Longmynd Lodge who is also a student at Aberystwyth University delivering the first-degree working tools, while his father from Column Lodge assisted by playing the organ. The three Past Masters from Cambrian Lodge gave an invaluable input to both ceremonies. Our Light Blue members, in the form of the Mackworth Club, not only delivering a first-class ceremony but they made the mix of Emulation and Oxford workings a most enjoyable and interesting afternoon.

The W.M. and brethren of Saint Padarn lodge would like to thank everyone who took part in the ceremony, supported, visited, and made the whole day such a success. We feel the future is looking bright for freemasonry, not only in the University Scheme Lodge, but in the West Wales Province as a whole.