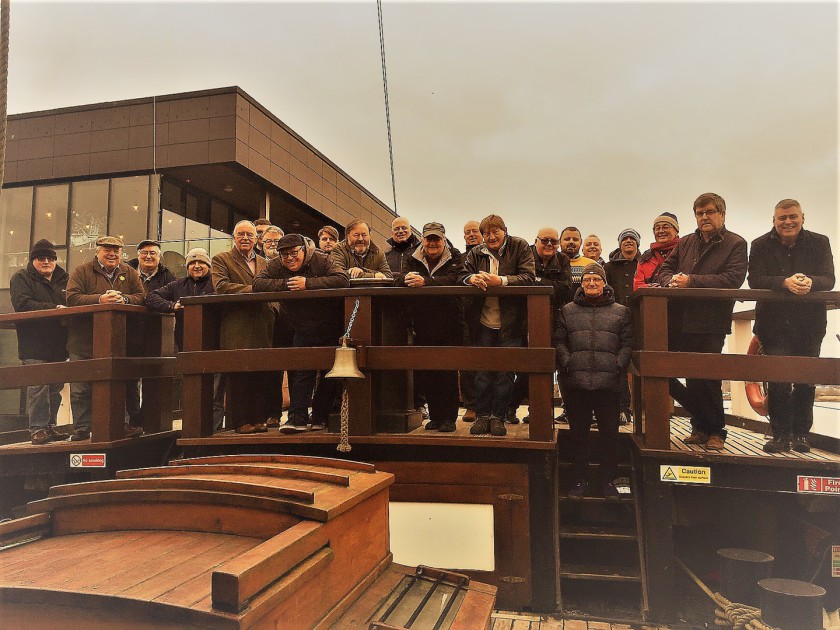 The outbound ferry ran to time (more about ferries later) and the team were soon sitting in The Farmers Kitchen Hotel in Wexford enjoying a Full Irish breakfast. A short interlude looking round Wexford was followed by a most informative visit to the Dunbrody Famine Ship in New Ross (pictures above). The Dunbrody Famine Ship is centred on an authentic reproduction of an 1840’s emigrant vessel, it provides an interpretation of the famine emigrant experience, Incorporating a guided tour, costumed performers and themed exhibitions. The team certainly earned their lunchtime Guinness! 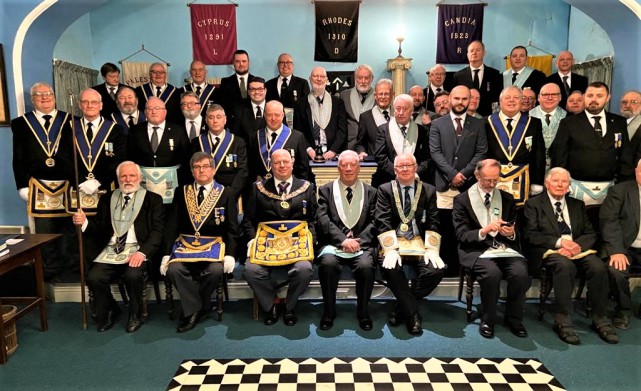 Thursday evening was spent on a very enjoyable visit to the Royal Shamrock Lodge no 32 in Waterford. The team received a very warm welcome from W Bro Seamus Culbert the WM and W Bro Graham Shaw the Lodge Secretary who came to the hotel to escort us on the short walk to the lodge building. Also there to welcome the West Wales Freemasons was RW Bro Ian Devonport, Deputy Provincial Grand Master for the Province of South East Ireland. The lodge performed a second-degree ceremony in a very sincere and relaxed manner and a good time was had by all both in the lodge room and afterwards at the Festive Board. James Ross presented the WM of the lodge with a statue to commemorate the visit and a bottle of Penderyn Whisky to the Deputy Provincial Grand Master as a thank you for his attendance. 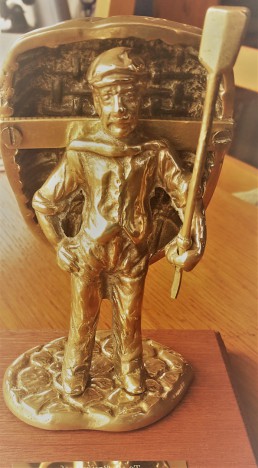 Friday 7th February 2020 was devoted to a visit to the Ballykeefe Distillery in Kilkenny. The tour was conducted by the founder of the distillery, Morgan Ging and his commitment and passion for his subject were clear to all. Of course, it would have been very impolite not to sample his fine gins and vodkas and the team spent a very pleasant afternoon conducting detailed research into the different “flavour notes” and “textures” which Morgan has so lovingly created.

The Ireland v Wales rugby game was the focus of Saturday 8th February 2020. One intrepid member had a ticket for the game and set off bright and early to make the journey to Dublin. The remainder had selected a local hostelry to watch the match. The team were joined by members of the Royal Shamrock Lodge and a great afternoon of banter followed. Sadly, from a Welsh point of view, the result wasn’t ideal, but our new Irish friends were very magnanimous in victory and a few further pints of Guinness made the world seem a little rosier (pictures below).

Sunday was the scheduled return day, but it had been certain from the time the party arrived in Ireland that Storm Ciara was likely to have a say in proceedings. All ferries from Rosslare to Fishguard were cancelled on Saturday, Sunday and Monday and the decision was taken to accept the kind offer of the ferry company and catch the boat in the early hours of Monday morning from Dublin to Holyhead. A rather tired set of Freemasons arriving back in Pembrokeshire mid-afternoon on Monday after a very long journey through Wales. 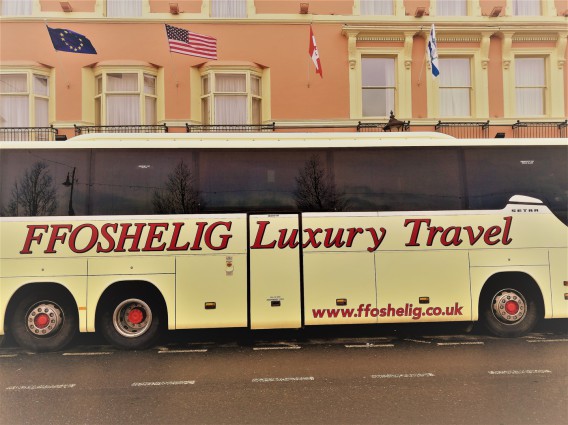 Sincere thanks from all concerned go to Rhodri Evans, owner of Ffoshelig Coaches and Past Master of St Peter’s Lodge for looking after our transport arrangements so well. Many thanks to W Bro John Trott who was the driving force behind the organisation of the trip, ably assisted by the Provincial Secretary Tony Trumper and the lodge secretary, Mark Bell-Davies.