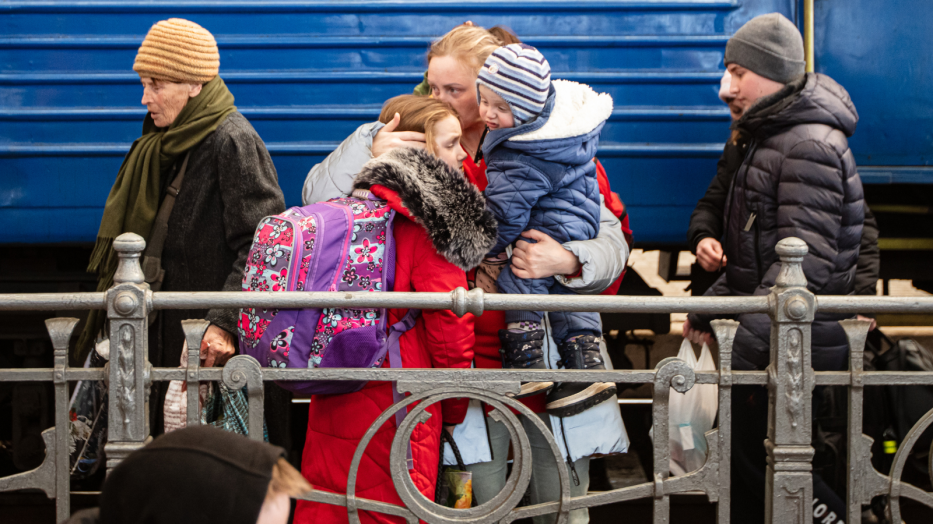 Thousands of Ukrainian refugees living in communities across England and Wales will be receiving practical support thanks to a grant of £500,000 raised by the Province of West Wales and other Provinces, in partnership with UK Community Foundations.

The grant follows a similar £500,000 grant in April this year to the British Red Cross, UNICEF and other organisations working with Ukrainian refugees on the ground in Ukraine, Poland, Romania and Moldova. Another separate donation of £50,000 was made shortly after the Russian invasion in February. This latest grant means that Freemasons have given more than £1 million to Ukrainian refugees since the war began.

The new programme of grants will see 10 community foundations supporting local charities and community organisations that are actively providing immediate support for refugees arriving from Ukraine, as well as those who are developing longer-term support for the integration of Ukrainians who are already here.

The community foundations that will each be receiving grants of up to £50,000 from the Freemasons are:

More than 100,000 Ukrainians have been given accommodation by British families with government support, but many of those were six month arrangements that are now coming to an end. As a result many of them are facing homelessness just as winter is beginning.

Nearly 150,000 Ukrainians have arrived in the UK since the Russian invasion in February, just a small fraction of the estimated nearly eight million Ukrainians who have fled from their country. A further eight million people have been internally displaced inside Ukraine.

The grant from the Province of West Wales comes through the Masonic Charitable Foundation, which is funded by Freemasons, their families and friends, from across England and Wales.

“We’re very grateful to the Freemasons’ charity for their generous grant, which will provide a major boost to local charities who are doing so much to welcome Ukrainians into their communities. It’s the small, grassroots charities and groups that know their local areas who are best able to listen to new arrivals and help them find the resources and support they need.”

“I’m very pleased we’ve been able to provide substantial assistance to Ukrainians in need across the country. There has been an unprecedented wave of support for Ukrainians from the British public but there is a great deal more that needs to be done. These are people who have left everything behind in a country suffering the effects of a devastating war and I’m proud the help West Wales Freemasons have provided has pushed the total raised to more than a million pounds.”