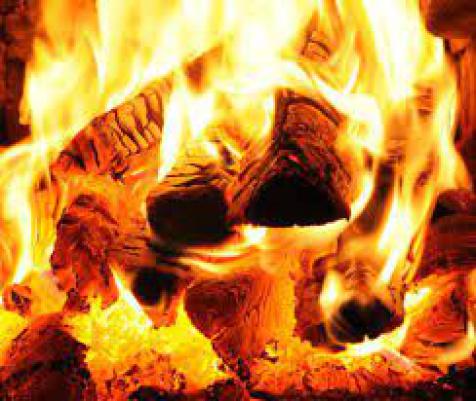 A member of a certain Lodge, who had previously attended meetings regularly, stopped going. After a few months, the Worshipful Master decided to visit him.

It was a chilly evening, and the Master found the brother at home alone, sitting before a blazing fire. Guessing the reason for the Master’s visit, the brother welcomed him, led him to a comfortable chair near the fireplace, sat him down and waited.

The Master made himself comfortable, but said nothing. In the grave silence, he watched the dance of the flames around the burning logs. After several minutes, the Master took the fire tongs, carefully picked up a brightly burning ember and placed it all alone to one side of the hearth. Then he sat back in his chair, still silent.

His host watched all of this in quiet but puzzled contemplation. As the lone ember’s flame flickered and diminished, there was a momentary glow, and its fire was no more.

Not a word had been spoken since the initial greeting. But the Master then glanced at his watch and said that it was time for him to leave. He slowly stood up, picked up the dead ember, and placed it back in the middle of the fire. Very quickly, it began to glow once more, with all the light and warmth of the burning logs around it.

As the Master reached the door to leave, his host said, with a wry smile, “Thank you so much, Worshipful Master, for your fiery summons. I’ll be back in the Lodge next month.”