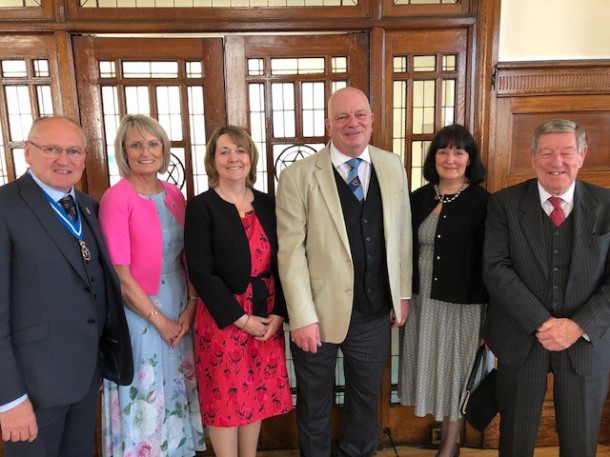 On Sunday, 29th May 2022 the Provincial Grand Master/Grand Superintendent was joined by several dignitaries and a large number of members of Craft Lodges and Royal Arch Chapters in the Province, together with their partners, for the Provincial Church Service at St Elli Church in Llanelli.

A sharp rain shower just before the planned starting time of 3 o clock did not dampen the spirits of the large congregation which filled the church.

The proceedings were commenced by the Provincial D.C. W. Bro. Gareth Owens who organised the P.G.M.’s procession into the church with a supporting retinue of Provincial Craft and Royal Arch officers together with officers of Grand Lodge and Grand Chapter.

The address was given by Rev. Aled Lewis with his customary eloquence, sincerity and a touch of humour.

Following the recession of the P.G.M.’s party the congregation adjourned to the Masonic Hall, Harries Avenue, Llanelli for light refreshments, where the new caterer at the Masonic Hall had provided a sumptuous spread, which was enjoyed by all who attended.