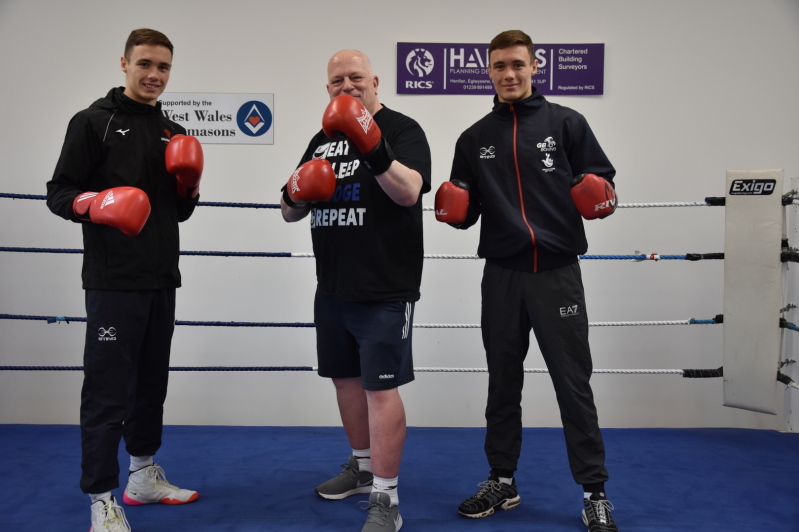 Left to Right - Ioan Croft, James Ross, Garan Croft - three fine athletes, but only two of them are in the Olympic Squad???

On Friday 13th May 2022, James Ross, Head of West Wales Freemasons was delighted to visit the new extension to Cardigan Amateur Boxing Club in Maes-yr-Haf, Cardigan. The club is the town's best-kept secret with many of the town's residents unaware of its existence. Yet despite being based in a boxing backwater, this small rural club has consistently punched above its weight in Welsh boxing. Based on the site of an old Girl Guide hut, the club has produced a steady parade of notable boxers.

The club was originally built in 2006 thanks partly to a substantial grant from West Wales Freemasons. In addition to the direct financial support in 2006, Wyn Harries of Harries Planning Design and Management provided the plans and dealt with the planning permission free of charge. Kevin Jones, a local builder & freemason, and his son Mike, a boxer himself carried out the work at cost.

The extension to house a second boxing ring was made possible thanks to a grant of £5,500 from West Wales Freemasons and £500 each from the two Freemasons Lodges which meet in Cardigan. Once again Wyn Harries, now Head of one of those Cardigan lodges, provided the plans and planning permissions free of charge. 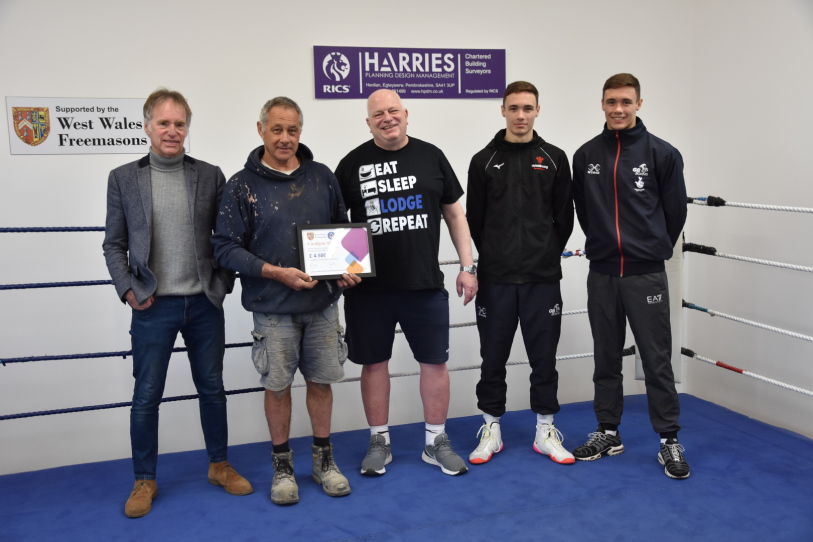 On this occasion the work was carried out by the Secretary and Treasurer of the Club and local builder, Guy Croft, and his sons. The sons, Garan and Ioan Croft are members of the club. They are the reigning Welsh Champions in their respective weight classes and also European Silver Medalists. They are in full-time training with the British Olympic 2024 Team and are in the Welsh Squad for the Commonwealth Games in Birmingham later this year.

Garan and Ioan are stars on the world stage thanks to their inspiring parents who did everything in their power to help the boys achieve their goals. Sadly, there are talented boxers in the club who are not blessed with such support. This has led to the club being adopted by the Frenni lodge of freemasons who have made £500 a year available for the next 3 years, to be used to take boxers to competitions in Wales and beyond. West Wales Freemasons have pledged an additional £1000 a year for 3 years to top up the Frenni lodge donation to £1500 a year for 3 years.