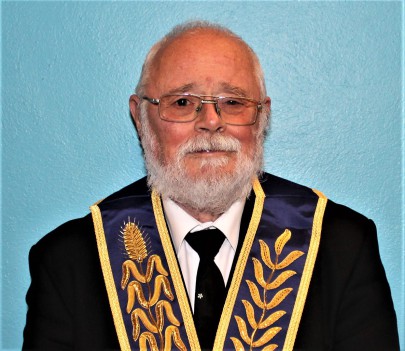 Brethren the following story has been written by Philip Connah of Cumberland Lodge No. 3858, a Lodge Almoner and Visiting Volunteer, in the Province of Bedfordshire. He has asked for his story to be shared. He recognised he was struggling to cope and that he required some assistance and guidance. It was a big step for him to take. However, he recognised there was help and assistance within the Province. His big message is MAKE THAT CALL, be it to your Lodge Almoner, Visiting Volunteer, or Provincial Grand Almoner or direct to the MCF on 0800 035 60 90 or email at help@mcf.org.uk

Brethren we in West Wales have been fortunate with Covid-19 health issues during the last six months, but many have been less fortunate in the financial area and with the Government assistance ending shortly many more of you will unfortunately find yourselves in need of assistance, please do not feel alone, assistance is and will be available, all you have to do is MAKE THAT CALL.

Philip Connah writes: As a visiting Volunteer I thought I was pretty good at dealing with problems and making sure that there was a positive outcome, but was I able to deal with my own family problems?

Imagine this scenario. My brother in law, who is also a Freemason, and his wife come to stay at my home and almost immediately become ill, then my wife, who was trying to look after them, becomes ill a few days later. Then you get what appear to be continuous calls from Care Line asking you to go to my mother’s home, a lady of some 90 years of age, because she keeps falling.

This all happened to me over several days in April 2020 and caused me to question my own sanity. Duncan and his wife Sandra had all the symptoms of Covid-19, shivering, sweating, and difficulty breathing. It was decided that we should shut up shop to protect others from contracting the virus.

Within a few days my wife became ill too, feeling absolutely awful and experiencing difficulty breathing and her temperature going from one end of the scale to the other.

And to cap it all I receive calls in the night from Care Line, asking me to go to my mother’s home, to pick her up from the floor, as there was nobody else who could go. After speaking to my wife, we decided I had better stay at my mother’s so as not to endanger others with the virus.

I then spent the next eight days of my life in a state of misery. As time moved on, I became more and more concerned about the health of my brother in law his wife, not to mention that of my own wife Barbara, to whom I was not able to return.

During those days I must have picked my mother off the floor four times a day and as a Parkinson’s sufferer myself, I found it particularly difficult physically. The whole situation was now becoming a serious mental issue for me as well.

As each day progressed, I was becoming more and more concerned about my family; I was unable to think logically as to what steps or actions I needed to take. In my mind I was becoming illogical, elevating each little acorn of a problem into a mighty oak, and arriving at a point of despair quite quickly.

It was at this point I finally made a sensible decision and phoned the Provincial Grand Almoner Tony Green to inform him I was out of circulation and experiencing the most awful period of my life.

Tony listened to my woes and arranged for me to speak to a fellow Visiting Volunteer Rodney Bendon, who quietly and calmly listened to what I had to say and then put his plan of actions into play. It all seemed so obvious, and several days later with the help of an occupational therapist my mother was placed in a Nursing Home in Letchworth for respite.

I also completed Blue Badge documents and set up Power of Attorney, so I could look after my Mother’s affairs.

At this point my wife, Duncan, and his wife started to make a recovery, and life once again became normal – if anything can be deemed normal anymore!

But the moral of this story is, before life’s issues and problems become a mighty oak of despair, adversity comes knocking on your door, and life seems to have condemned you to one of misery, ‘MAKE THAT CALL’, because once you have made it, you will have the support, help, guidance and knowledge of the Lodge Almoner, the Provincial Grand Almoner and the Masonic Charitable Foundation, MCF, on your side.

So ‘Make That Call’