The Province of West Wales has sadly lost two very senior figures during October 2020. You can read their stories below 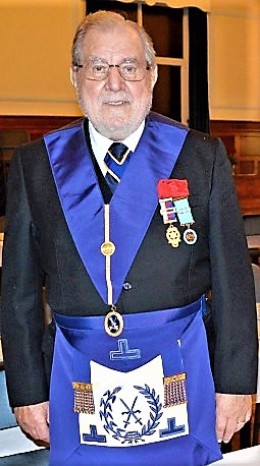 Lawrence Clement Murphy was initiated into Freemasonry in the St Elli Lodge No.3942 on 15th December 1965 and served as WM in 1977 and again in 2017 during the Centenary year. He was a founding Member of the Trevor Kelway Lodge in 1972. He joined Kensington Lodge of Installed Masters in 1978 and served as WM in 1999. He was also a founding Member of the Peter Drewett Lodge in 1991. He also held Honorary Membership in Peterwell, Unity and Trevor Kelway & St Teilo Lodges.

His dedication to Freemasonry was recognised by his appointments.

In the Province he was appointed Provincial Standard Bearer in 1983, promoted to Deputy Director of Ceremonies in 1986 and further promoted to Provincial Senior Grand Warden in 1991 and finally appointed as Deputy Provincial Grand Master in 1996.

In the United Grand Lodge of England he was appointed to the rank of PAGDC in 1996 and promoted to Past Grand Sword Bearer in 2003.

In the Holy Royal Arch he was exalted into the St. Elliw Chapter on 22nd September 1969 and was MEZ in 1985. He became an honorary member of Unity Chapter in 1988.

In Llanelli Rose Croix Chapter No.845  he was the first candidate to be Perfected into the Llanelli Chapter on Wednesday 20th September 1978.

He was appointed Prelate of the Chapter in 2006 an Office he held for the past 14 years.

He served Freemasonry with distinction during his 54 years and will be remembered with sadness and affection by all members.

Lawrence was happily married to his devoted wife Mollie and were together for 65 years and were blessed with 2 children Nigel and Nicola, he was a devoted father, grandfather and great grandfather.

Lawrence had served the people of Llanelli in many other ways too. He was appointed as a Justice of the Peace in 1983 and served for 22 years the last 15 years as Deputy Chairman.

He was also the chairman of the Licensing and Family Courts; Chairman of the Welsh Association Committee Health Council; Patient Representative on the General Practitioners Council in London and twice Chairman of the Community Council. 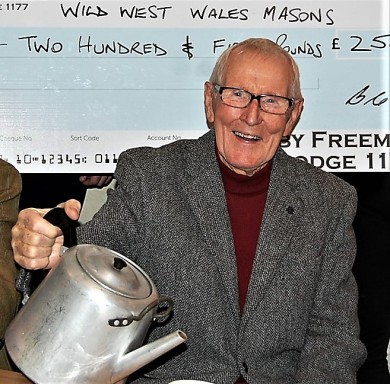 This year, we in Tenby Masonic Lodge, have lost a number of excellent Freemasons, the latest of these being V.W.Bro. Brian Clement Hilling who passed to the Grand Lodge above on the 17th September 2020.

I first met Brian at a Harvest tea party at Morton Chapel in September 1944.

Brian attended Saundersfoot school and then Tenby grammar school from whence he became an apprentice electrician and married the prettiest girl in the school, Miss Penny Thomas.

Brian was initiated into Freemasonry in 1977, becoming Worshipful Master in 1985, he then became Lodge Director of Ceremonies from 1989 to 1998. He became Lodge Charity Steward in 2008, promoted to Provincial Grand Sword Bearer in 1992, active Provinvial Junior Grand Warden in 1999.

Brian was perfected into the Tudor Rose Chapter in 1979, he served as Sovereign in 1988 and was promoted to the 30th degree in 1989 and 31st degree in 2004. He was also the Director of Ceremonies of Tudor Rose.

Brian was a successful business man and had a long and happy marriage to Penny being blessed with 2 children, Dale and Lowise and 4 grand children. Brian will be greatly missed by all those who knew him.