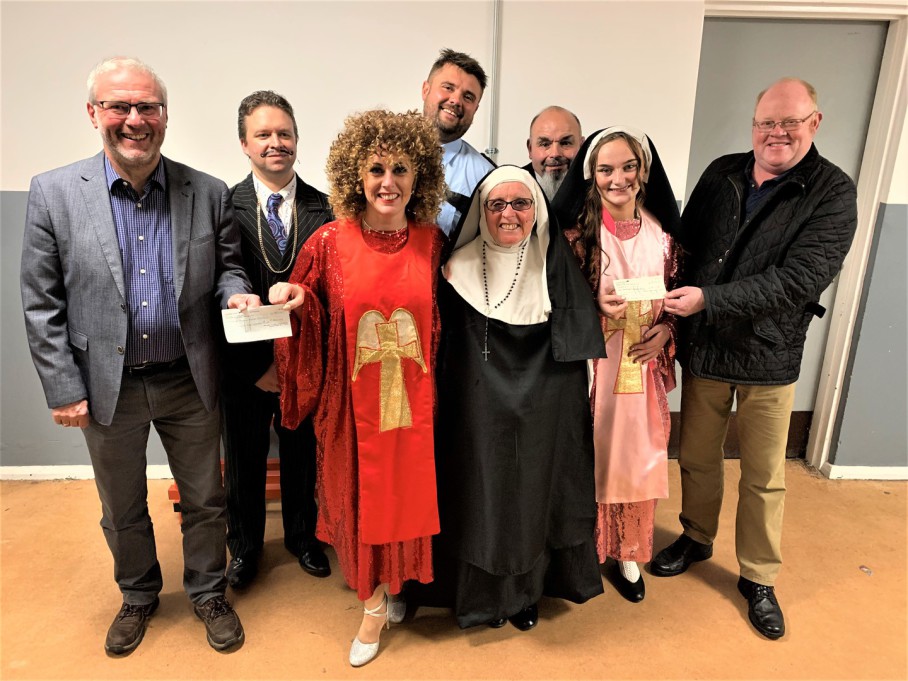 The West Wales Grand Charity gave £1,500, which is the 3rd such donation given over the past 3 years, and Strumble Lodge gave £500 which is the 5th such donation given since the Theatre Society was founded. Altogether the Theatre Society has received £9,500 from the West Wales Freemasons since it was established in 2016 and their continuing support has enabled the Society to re-start following its closure during the pandemic, when its future was in some doubt.

The Theatre Society is a community musical theatre and drama group, run entirely by volunteers, with over a hundred members extending over a wide age range, from 5 to 70 plus. It gives local people of all abilities an outlet to perform, gain confidence and make new friends of all ages while learning a new skill.