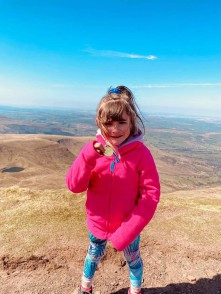 Eliza at the Summit of Pen y Fan

Eliza is now 7 years old and has faced more than her fair share of difficulties and challenges in her young life. But Eliza meets life head on with a steely determination to succeed in everything she does, and she certainly wasn’t going to let Pen y Fan, at 3000 feet, the highest peak in South Wales, get in her way.

James Ross, Head of West Wales Freemasons said: “It’s wonderful to see little Eliza doing so well. I don’t think anyone thought she would be climbing mountains, quite so soon. Go Eliza!!”

Scroll down to read how it all began. 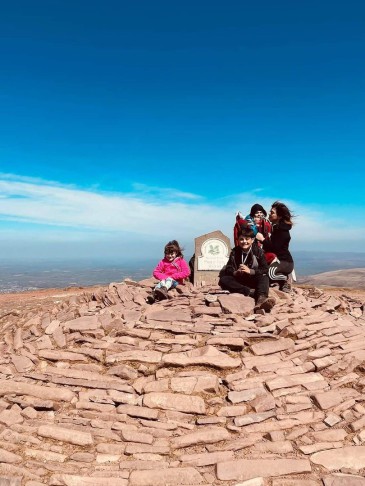 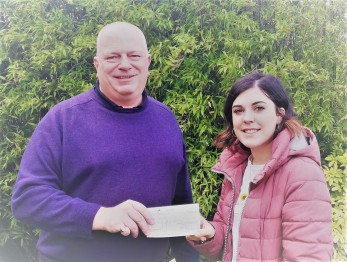 Eliza Scriven was born prematurely at 29 weeks and because of infection suffered a brain injury, which was diagnosed at 18 months as Spastic Diplegic Cerebral Palsy. The cerebral palsy causes stiffness in Eliza’s legs, which causes pain and limits her mobility and left untreated will ultimately confine her to a wheelchair.

Eliza is now 5 years old and unfortunately the Selective Dorsal Rhizotomy surgery (SDR) which will enable Eliza to live a life without limits is not available to NHS patients in Wales.

Undeterred, Eliza’s parents set out to raise the £60,000 required to have the operation and associated post-operative therapies privately. The family have been overwhelmed by the support they have received from their whole community. Milford Haven Freemasons donated £1,100 to the appeal which brought it to the attention of the West Wales Freemasons Charity.

On Tuesday 9th October 2019, James Ross, Head of West Wales Freemasons was delighted to present a cheque for £7,000 to Bryoni Kell, Eliza’s mother. This award was the largest single donation and completed the appeal. Eliza’s surgery is scheduled for Monday 14th October 2019 in Bristol Children’s Hospital.

James Ross said: “The whole community have worked together to ensure that Eliza can look forward to the bright future she deserves, and the freemasons of West Wales are delighted to be able to help her on her journey.”

Bryoni Kell said: “We didn’t think that we would be able to raise all the money so quickly. 5 years old is the optimum age for the surgery and we are very grateful to everyone who has helped us reach our target” 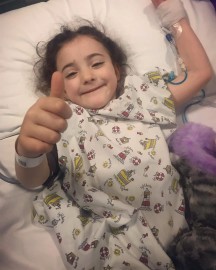 Eliza After Her Operation in October 2019