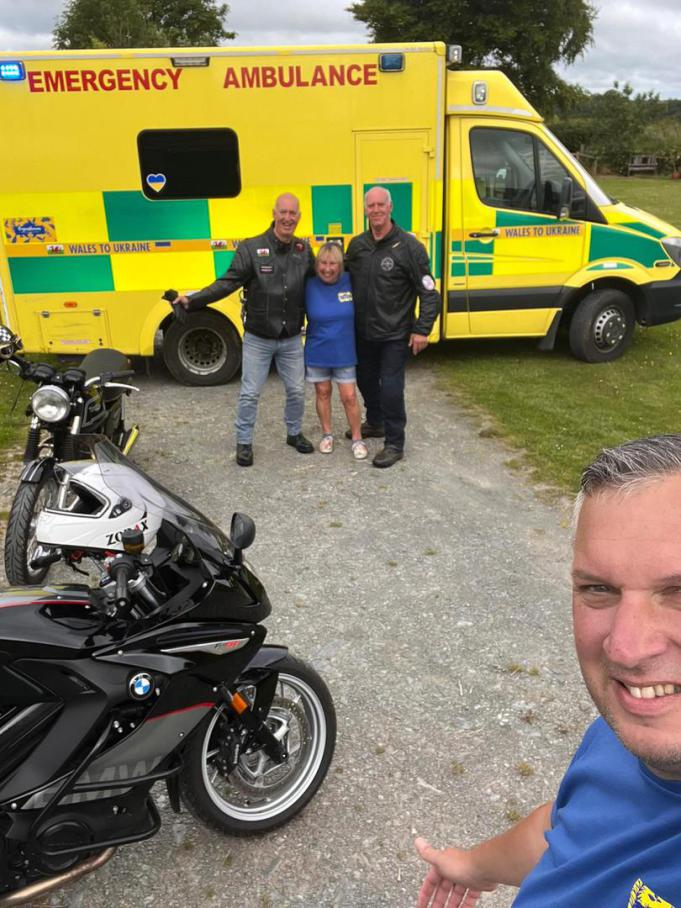 Pictured are Bro. Rob Holland (taking the selfie) together with his wife Jayne and two motorcyclists who acted as outriders for their journey

At the start of the Ukranian conflict Bro. Rob Holland of Caerfyrddin Lodge and his wife Jayne decided to raise money to purchase and stock a rapid response ambulance.  The first ambulance was delivered to Global Outreach Doctors in Rzeszow on the Ukranian border towards the end of May.

The vehicle was then taken to the Donbas region of eastern Ukraine where it is being put to work.

Rob and Jayne were pleased to receive a donation of £1,000 from the Provincial Grand Lodge of West Wales to assist them in reaching their target.

Following the success of their original campaign Rob and Jayne decided to continue with their fund-raising campaign and this resulted in a second fully stocked ambulance being delivered on the 10th July.

Rob and Jayne were pleased to express their thanks to all the brethren of the West Wales Province who enabled the executive to make the donation on their behalf.