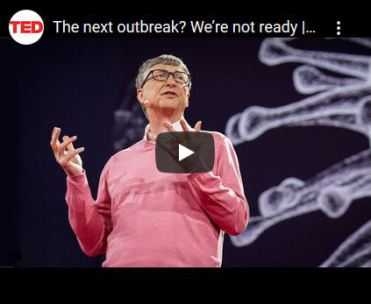 From very early on in this season of Covid-19 there are certain common phrases that have been bandied around time and again.  Expressions such as ‘things can only get better’, ‘every little helps’ and ‘we have to look after each other’.  We have heard these words – from politicians to companies in their adverts on the television, to researchers in their quest for a vaccine.

While I understand the sentiment behind theses phrases, they have always seemed to have rather a hollow ring to them, like a similar phrase that has made me cringe throughout the pandemic whenever I have hear it -  ‘it is all going to be all right’.  That has certainly not been true, and this pandemic has not had an “all right” ending for a significant population in our country and across the world.  With the uncertainty which now confronts us again, we must not deceive ourselves or others about the gravity of the threat we face.

We live in an age of soundbites where more attention is paid to Tweets and Snapchat rather than in depth research and analysis.  So one catchy phrase which does seem entirely appropriate to me in our present situation is ‘we are all in this together’.  In a sense, of course, it is true as a basic statement of fact.  The virus has extended to the remotest parts of the inhabited world, and almost every human community, if not every human community, has been affected and infected to a greater or lesser degree.

One of the many peculiar evils of the virus is that it does not necessarily distinguish or differentiate between young and old, or any other difference – if you are Bill Gates or homeless on the streets of London, if you are freemason or not.  No one knows how the virus will affect them until they have it, and that might be too late.

The trouble with phrases like this is that the context in which they are used makes all the difference as to how we understand them.  So with ‘we are all in this together’ it is manifestly not true in the sense that it has being touted in much of the media.  Whatever impression the adverts are trying to convey, we are not in this together, if together means an equal sharing of the burden or the consequence.

I think, for example, every day of those who have not been able, either because they could not afford it or because they provide essential services, to shelter at home and remain isolated during the worst and most frightening stages of the pandemic, which may once again be returning.  In addition to those wonderful service providers who have received national recognition, I particularly value the service provided by Royal Mail and other delivery services and by all food shop workers – to my mind essential services.  In some parts of the world the postal service has seen the largest number of infections and deaths of any public service after the health service.

Sadly there has not been the kind of solidarity in the human community that one might have hoped for in every part of the world.  Perhaps it is an unreasonable expectation.  So many of us, including my parents and I, have been able to manage relatively well, and the virus has meant only a relative level of inconvenience as opposed to real danger thus far.

But I’m not think so much about those whose situation allows them to shelter at home more easily; I’m think of those who are able to, but who are refusing to contribute to the common good.  Those whose selfishness or contempt for the real needs of others mean that they refuse to do anything at all that they do not want to do in the face of the threat of the virus.  Whose actions, or otherwise, make it harder for everyone else, especially those most in need, to return to the level of normality that might be possible if everyone consented to the basic norms that our Government, Local Authorities and public health officials continue to recommend.

While hindsight is a wonderful thing, and how easy it is to be wise after the event, I do wonder if we would now be facing a second spike if people had followed more closely the guidance issued by the medical and scientific community generally.  So many people have sought to gratify their own desires come what may.

We are all in this together – but not equally, is probably the more accurate way of putting it.  Poverty and class and other inequalities remain evident in our own communities, let alone across the world.  It is not surprising that these differences have come to the fore during this pandemic, for the pandemic has proved to be a great revealer.

True solidarity however is not easy.  It cannot be wished into existence, or created by an advertisement.  True solidarity must always involve what theologians call kenosis – a true self-emptying.  The kind of self-emptying that, in terms of the Christian religion, we have experienced in the act of God abandoning the safety of heaven for the danger of earth.  There would be no sheltering at home for Jesus.  There would be complete solidarity in our sufferings as well as our joys.  It was not so that we could say to God, ‘we are all in this together’, but so that God could say to us, ‘we are all in this together’ - absolutely equally, and we can believe him!

We know what God’s incarnation means for us as Christians; but what does our incarnation mean for God, and for the world?  As believers in a Supreme Being we know that we do not live our lives for ourselves, or indeed for those nearest and dearest to us alone.  We live our lives for ourselves (of necessity) but also for each other (of volition).  Each other includes not only our physical neighbours but our brothers and sisters across the world.

Freemasonry offers a glorious illustration of the ideal human life and encourages its members to be better men.  Each one of us always has room for improvement!  Reading the most recent edition of Freemasonry Today, I was not surprised, but nonetheless hearted and encouraged to see the many diverse and in some cases novel ways in which Freemasons across the world have been extending the hand of brotherhood to their fellow creatures.  Despite being among the smallest provinces we, you, can be proud of what we have done and what we are doing.

Let’s think carefully about what we mean when we say ‘we are all in this together’.  Who is ‘we’ and what does it mean to us if we are ‘together’?

"O God, our Father, increase in every nation the sense of human brotherhood, true respect for man and for woman, loyalty in service and charity, happiness in labour, and justice in reward; that our homes may be kept safe and pure, our towns renewed in beauty and order, and all our world may reflect the radiance of thy kingdom."

So Mote it Be.