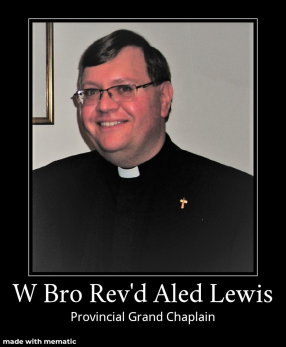 Having reflected last Sunday on how different people reacted and responded to the news that Jesus had risen from the dead, today I am going to consider what the risen Jesus said and did.

It is striking that the original ending of Mark’s Gospel doesn’t include any account of any post resurrection encounters with Jesus.  It ends with the women leaving the tomb in fear and saying nothing to anyone!  In the later ending and in the other Gospel’s however Jesus greeted his followers as he appeared to them; Jesus’ words “Peace be to you” and “Peace be with you.”  He called Mary Magdalene by name, and it was at that point that she recognises him.

Jesus told those who encountered him not to be afraid, and he persuaded them that it was truly him.  He went to considerable lengths to persuade them of this.  Not only showing his wounds but making a point of eating in their presence to prove that he was not an apparition or a ghost or a spirit, but a physical, real body.

Most of the time that Jesus spent with his followers after the resurrection was taken up in teaching.  Opening their hearts and minds to understand the Scriptures (the Old Testament) and to see how Jesus was the fulfilment of everything that God had intended from before time began.

You remember how Jesus came alongside the disciples on the road to Emmaus, how he walked with them, taught them, encouraged them and stayed with them.  Jesus fed them – he took the bread, he blessed it, he broke it and he shared it, and only then did they recognise him.  Likewise on the shore of the Sea of Galilee Jesus invited the disciples to breakfast (break the fast) and fed them with bread and fish.

Jesus recognised that his followers need to be fed physically and spiritually, he acknowledged the needs of the body as well as the soul.  The risen Jesus continued to care for and love people in the same way as before, but was equally ready to rebuke them and challenge them.

Jesus’ chosen disciples, the eleven apostles, were promptly told off for their lack of faith, and reluctance to believe, not only the reports of his resurrection, but more importantly, what he had taught them about the Scriptures and why all of this had to happen to him.  Jesus’ reprimand was brief.  He didn’t go on about it, but he made the point.

The apostles were then commissioned by Jesus.  He explained to them the particular work committed to them in being privileged eye witnesses to all that had happened, and their responsibility to go and tell people the Good News, assuring them that he would always be with them, and would enable them in everything that they did in his name.

Three years ago to now I had the privilege of going to Israel, and that experience gave me an additional perspective as I read the Bible, and the New Testament especially.  I well remember standing on the peaceful shore of the Sea of Galilee at the sacred place of The Rock where Jesus reputedly questioned and commissioned Peter.  Having challenged Peter about his faith in and love for Jesus, he charged him to feed his sheep and to follow him.  A commandment entrusted to all priests who follow in the apostolic succession of St Peter.

Jesus calls each one of us by name, he knows us far better than we know him or indeed ourselves.  Jesus greets us today with those same words – ‘peace be to you and peace be with you’.  As we are fearful, he tells us not to be afraid, but rather to acknowledge the reality of his presence and to trust in him.  He wants us to listen to his teaching, to follow his example of love, he wants us to nourish our bodies and souls with his word, and to understand what it means to us that he gave himself for us.  Jesus tells us to follow him, not only priests but each one his own path, not always wide or smooth or straight, but when we follow that path we do not walk alone, for he is with us.

This poem is a favourite with my father, it is quite well known and you sometimes hear it at funerals.  It speaks words of encouragement and comfort of the real and living presence of God with us every moment of our lives.

One night I had a dream.

I dreamed I was walking along the beach

with God, And across the sky flashed scenes from my life.

For each scene I noticed two sets of footprints in the sand;

When the last scene of my life flashed before me, I looked back at the footprints in

I noticed that at times along the path of life, there was only one set of

my life. This really bothered me, and I questioned God about it.

“God, You said that once I decided to follow You, You would walk with me all the way, but I

footprints. I don’t understand why in times when I needed You most, You would leave

I love you, and I would never, never leave you

during your times of trial and suffering.

When you see only one set of footprints

it was then I carried you.”

So mote it be.