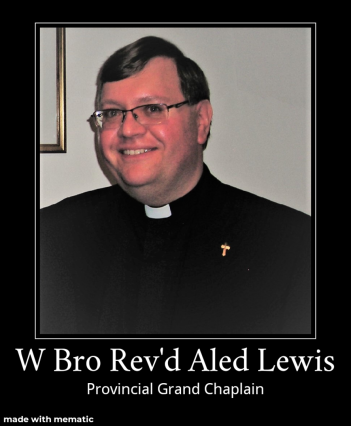 The season of Easter (Eastertide) continues as the Church continues to joyfully celebrate the resurrection focussing on the events of that period following Easter Day when Jesus revealed himself to some of his disciples and closest followers.

As I read the accounts in the Gospels I am always struck by their natural, human honesty.  There is no way that these writings can be interpreted as being propaganda intended to promote the Jesus cause.  I have already referred to the bewilderment and fear which was the initial reaction of the first witnesses to Jesus’ resurrection from the dead.  That honesty continues as we look at the response of different people to hearing the reports that he is risen.

The Chief Priests and the Scribes believed that this blaspheming pretender who threatened their power and privileges could be silenced by killing him.  It is sad that their response was not to acknowledge him as truly the Son of God, but rather to continue in their stubbornness of heart.  They paid the soldiers charged to guard the tomb to say that Jesus’ disciples stole his body at night while the soldiers were sleeping.  They even told the soldiers that they would make sure that they don’t get into trouble with Pilate for apparently failing in their duties.  A very plausible explanation for the empty tomb, far more credible than to say that Jesus had risen from the dead.

As reports reach Jesus’ closest disciples, the Apostles, again the honesty is clear.  Their initial reaction is literally “nonsense!”  All four of the Gospels record the doubts and dis-belief of Jesus’ followers.  Surely that must be the natural and reasonable reaction to such a tall story, it can and should be dismissed out of hand as nothing other than pure nonsense.

We have that wonderful account of the Apostle named Thomas – Doubting Thomas.  His disbelief is recorded in surprising detail.  Thomas even doubted when all of his fellow Apostles told him that the risen Jesus had appeared to them when all of the doors had been locked.  Such an account from a number of credible witnesses might make us question, but not Thomas.  No, Thomas would only believe if he saw the cruel marks of the nails in Jesus’ hands and put his hand into Jesus’ wounded side, only then would he have faith.  Seeing is believing, but Thomas wants even more, he wants to touch!

It is easy to be critical of Thomas, but I say thank God for Thomas.  He would have made a brilliant lawyer!  Surely Thomas speaks for all of us, there is something of Thomas in all of us.  Can this really be true?  What does it take for us to believe?

When Jesus does appear to Thomas, he needs no more proof.  Despite his high demands, he has seen enough.  His response more than makes up for his unbelief, his words are the clearest assertion of a divine status of Jesus that we find in the New Testament.  Thomas simply falls at Jesus’ feet and confesses “my LORD and my GOD”.

Once Jesus’ followers had understood and accepted the reality of Jesus’ resurrection they were overjoyed and prostrated themselves before their Lord and their God.  Jesus’ rebuked them for their unbelief and the hardness and reluctance of their hearts to believe in his victory.  Even at this time Jesus prophesies, he anticipates that our response will also be to doubt and question what really happened.  He challenges his Apostles and tells them plainly – you have faith because you have seen me, but blessed are those who do not see but who have faith.

At a time when so many of us question in our hearts what is happening and what the future holds, at a time when so many of us are shut in behind locked doors, how is it that we respond to the risen Lord?  Surely our doubts and uncertainties are well founded, thanks to the honesty of the Gospels, but we need faith, we must have faith.  I have always claimed that a questioning faith is a healthy faith, but without faith what do we have?

As Jesus taught his disciples during his earthly ministry, before and after his resurrection, if we are to have faith we cannot allow our hearts to be hardened by trials and tribulations of this life.  We have to allow the Good News of Jesus’ victory over death to penetrate our hearts first and foremost, and then that faith will grow within us and transform our whole being – body, mind and spirit, as we wonderfully and mysteriously increasingly reflect the love of God in our lives.

‘Christ who appeared to your disciples when the doors were shut, appear unto all in the world today who live their lives behind closed doors.’

“Blessed are those who have not seen and yet believe.”

I offer these prayers:

O Lamb of God, Son of the Father, who has taken away the sin of the world, and are alive for evermore: give us the faith that doubts not your word, and trusts where it cannot see; that taking hold of your promises, we may rest in your love and rejoice in your mercy, now and always.  Amen.

Lord Jesus Christ, you taught us to love our neighbour, and to care for those in need as if we were caring for you.  In this time of anxiety, give us strength to comfort the fearful, to tend the sick, and to assure the isolated of our love and your love, for your name’s sake.  Amen.