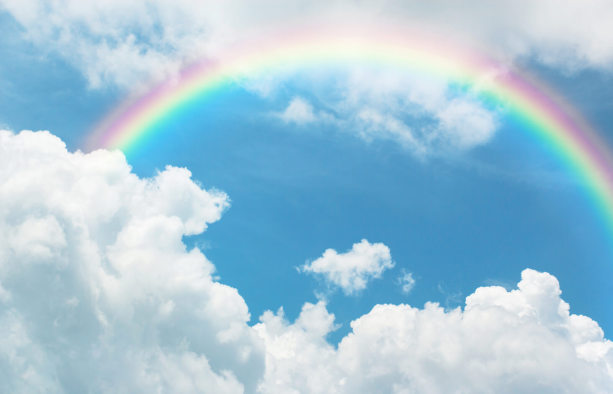 The second part of the Church year, which leads from Trinity Sunday to the Sunday before Advent, gives us the opportunity to think about what we commemorate in the first part of the Church year, from Advent Sunday to Pentecost.  In short to ponder what the birth, life, death, resurrection and ascension of Jesus Christ means to us and how that affects who we are and what we do.  A valuable time to reflect on important questions.

Last week I considered the symbolism of some of the numbers we encounter in the Holy Bible.  Numbers are only one of many symbols we find in Scripture, and as with those writings, so our Ritual is adorned with a wealth of great and emblematical jewels.  Objects which are of significance in themselves, but which convey so much more than what we merely see with our eyes.  Almost everything we find in the Temple speaks to us of a higher truth, and teaches us greater lessons, some of which are referred to and elaborated in the Ritual, and others not, or at least not in the Ritual we hear regularly.

Symbols are widely used in society at large, and marketing companies are often paid handsomely to produce eye catching branding that will help to sell the products or services on offer.  I won’t forget the first painted rainbow which I saw back in March at the beginning of lockdown.  It wasn’t much like the strikingly beautiful atmospheric phenomenon which creates the arc of the colours of the spectrum in the heavens.  In fact it was quite crudely painted, wasn’t large, but enough to catch my eye as I drove past.

And it put a smile on my face.

The next morning as I drove past I slowed down and I could see that under the image were written the words “daw eto haul ar fryn”.  A Welsh saying roughly translated ‘the sun will again shine on the hill’.  It made me smile even more!  And each time that I have passed that little rainbow it puts a smile on my face, despite the fact that it is quite faded.

These rainbows are common place by now and appear to have started in Italy, but I don’t know by who or specifically why.  I do however know what the rainbow means to me, and why it makes me smile.  In the Holy Bible the rainbow is a powerful symbol going back to the narrative of Noah and the Flood in the first book, Genesis. You will recall that when Noah and his family are once again able to stand on dry ground, God reaffirms his covenant relationship with them, and the rainbow becomes a sign of that new relationship between the Creator and the whole of creation.  A visible sign that “never again will the waters become a flood to destroy all life.”

The rainbow becomes an image of God’s mercy and peace after the storm of judgment.  God has taken the bow used as a weapon to judge his creatures, and has hung it in the sky.  In Hebrew the same word is used for a rainbow as for a bow.

The Prophet Ezekiel speaks of the awesome appearance of God surrounded by a rainbow.  The rainbow again reflecting the mercy of God as he judges us sinners.  The last book of the Holy Bible, the Book of Revelation or the Apocalypse, speaks of a similar vision, seeing a rainbow encircling the divine throne theophany.  In the same book, we read of the presence of the rainbow at the time of judgement, an echo of God’s covenant with Noah, a further confirmation of God’s grace even in the midst of his judgment.

For many who are displaying a rainbow perhaps they are simply trying to cheer up themselves and others with its beautiful colours; for others perhaps it is a symbol of hope and light that will follow these dark times – echoing that Welsh saying.  For me however, the rainbow is a visible reminder of the presence of God, and of the grace and love of God.  Yet when it comes to God, any symbol can only speak in part.  The rainbow is very ephemeral and disappears as suddenly as it appears, whereas God is with us at all times, in the middle of the storm, as well as when the sun breaks through; God does not disappear and abandon us.

I pray that the rainbow will bring a smile to your face as you remember God’s consoling and strengthening presence, both when the sun is shining and when it’s raining.

God of storms and rainbows,

God of rain and sunshine,

God of all creation we worship you.

We gaze in wonder at the beauty of your creation and marvel at stormy skies transformed with the vibrant colours of a rainbow.

of your love and care for the whole creation in your desire to preserve and not destroy life.

For all these assurances of your love for us and for the whole creation,

So mote it be