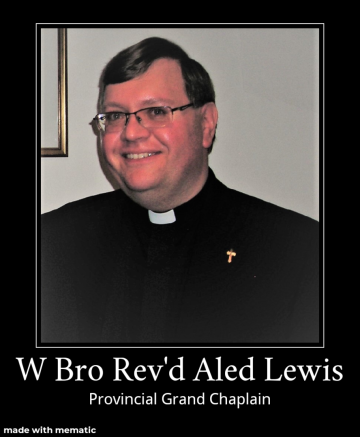 On Friday we commemorated the 75th anniversary of D-Day and Victory over Europe, and we paid tribute to the service and sacrifice of the entire Second World War generation then and now.  The survivors who fought in that war are now few and far between, Capt Tom Moore being a recently celebrated soldier.  A few more remember the effects of that war with the rationing and other hardships that followed for many years.

How important it is that we don’t forget the past.  Not that we live in the past, but rather that we learn the lessons of the past.  We cannot learn from what we have forgotten.  Without a direct connection with, or recollection of, the Second World War it can become very distant and impersonal.  And yet we can only fully learn the lesson if we engage with the experience at a personal level.

The greatest gift each person has is his or her life, and Jesus himself said “Greater love has no man than this, that a man lay down his life for his friends.”  It is an act of selfless service, putting others ahead of our most fundamental need, life itself.  The same theme is taken up by St Paul in his Letter to the Romans where he reasons “Why, one would hardly die for a righteous man – though perhaps for a good man one will dare even to die.”  Life is so precious, for whom or what would we be prepared to give up our lives?  Put in those terms, the actions of those involved in and affected by the Second World War begin to attain a clearer clarity.

Perhaps those of us who have no recollection whatsoever of the Second World War or its aftermath, or indeed have not encountered any real hardship in our lives, today have a better understanding of what they experienced.  During this time when our liberty is rightly restricted, when our lives are more precarious, when death confronts so many, when our security and stability is shaken, when there is so much uncertainty about our future.  A very different situation to a World War and yet there are striking similarities in the effects.

It is no wonder that Capt Tom Moore has captured the nation’s imagination.  He served his country, he did his bit; and yet that same spirit of self-sacrifice and service lives on in his advanced years.  His efforts in raising awareness and money for the NHS is humbling.  He sees in them a reflection of what he did, when he put his life on the line to serve King and country.

As I try to grasp the lessons of the Second World War, as I try to understand what is happening in the world today, I do so through the lens of Easter.  I remember that Jesus Christ, the Son of God, the one without sin, suffered and gave his life for us sinners.  The one perfect sacrifice made once for the sins of the whole world, and the result of that self-giving was to defeat death itself – that which caused so much pain and suffering, and that which continues to do so.  Notwithstanding my faith and belief in everlasting life I would never play down death, but as we masons know very well it is inescapable for all of us.

So while death is not the end, God created us and all things for life.  Our lives are precious and have a purpose.  In all our trials and tribulations then, we remember that Jesus has defeated our final enemy, death, and strive to follow his example of trusting in our good God, doing his work and committing all things to his unfailing care.

You may want to sing, pray or simply reflect of the words of this well known hymn which seem so appropriate.

All my hope on God is founded;
he doth still my trust renew,
me through change and chance he guideth,
only good and only true.
God unknown,
he alone
calls my heart to be his own.

Pride of man and earthly glory,
sword and crown betray his trust;
what with care and toil he buildeth,
tower and temple fall to dust.
But God's power,
hour by hour,
is my temple and my tower.

Daily doth the Almighty giver
bounteous gifts on us bestow;
his desire our soul delighteth,
pleasure leads us where we go.
Love doth stand
at his hand;
joy doth wait on his command.

Still from man to God eternal
sacrifice of praise be done,
high above all praises praising
for the gift of Christ, his Son.
Christ doth call
one and all:
ye who follow shall not fall.

Robert Bridges based on the German of J Neander